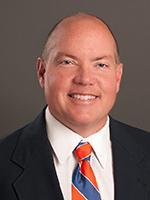 Lovejoy ISD is excited to announce Chris Ross as the new Lovejoy Assistant Athletic Director and Head Football coach. Coach Ross has over 22 years of successful experience in Texas High School football, having served as Athletic Director, Head Football Coach, Offensive and Defensive Coordinator. Coach Ross also served at the collegiate level from 2016-2017 as the Director of Football Program Development at Boise State.

“We are thrilled to have Coach Ross in Lovejoy,” states Jim Bob Puckett, Athletic Director for Lovejoy ISD. ”Coach Ross stood out in our pool of applicants for his unwavering dedication to service, academics, and competitive excellence.”

“Coach Ross has an excellent reputation throughout the State and Nation not only for developing superior athletic programs but for developing leaders both on and off the field,” states Dr. Goddard, Lovejoy ISD Superintendent. “We are excited to welcome him to the Lovejoy family and look forward to the pervasive positive influence he will have for years to come in Lovejoy.”