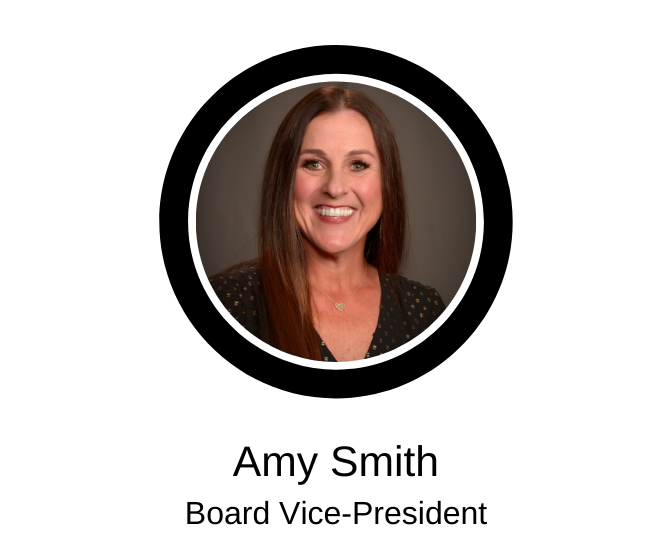 Amy Smith was elected to the Lovejoy ISD Board of Trustees in May 2016. She and her husband, Abe, have four children in the Lovejoy Independent School District. Amy is a Master Trustee and graduate of Leadership TASB Class of 2020, Leadership Allen/Fairview Class XXIV and the inaugural Leadership Lovejoy Class. Amy’s experience in the Leadership Lovejoy Class inspired her to create and implement the Lovejoy Letter Campaign. This campaign is a way for students and parents to personally express their appreciation and gratitude for all of the employees of Lovejoy ISD. These hand-written letters are collected and subsequently delivered to the staff the Friday before Thanksgiving as a gesture to show how much they are valued.

Amy received the PTA Lifetime Member Award in 2016. She previously served as the PTA President at Puster Elementary, the Secretary and VP of Membership of the PTA Executive Board and also served as a director on the Lovejoy Foundation Board. Amy is currently a member of National Charity League with her three daughters and has also served Junior League of Collin County. Through Junior League she was the community representative, worked with Hopes Door and also worked in conjunction with the Juvenile Justice Division of Collin County. Through the Juvenile Justice Division of Collin County, Amy served as a mentor and conducted training sessions for juveniles aged 12-15 that had been placed on probation for nonviolent misdemeanor offenses.

Amy graduated from Baylor University with a BBA in Marketing and obtained a second degree from Ouachita Baptist University in Early Childhood Education. After teaching for four years in the classroom and after the birth of their first child, she opened a Kumon Math and Reading Center in McKinney. After ten years of growing a successful Kumon Center (and three more children later), Amy sold the business in May 2014. From 2014 to 2018 she was an event planner and fundraiser for the Baylor Scott and White Health Care Foundation raising funds for many medical initiatives within the system. Currently, Amy is the Director of Education Solutions for Enseo. She has the privilege of sharing the game changing Emergency Alert System, MadeSafe, that is deployed in Lovejoy ISD to enhance student and staff safety. Amy is also a certified Life, Growth and Health Coach.

When Amy is not running children around to their various activities, working or volunteering, you can find her on the tennis court. She has been married for more than 20 years to Reverend Doctor Abe Smith. Abe is a United Methodist minister as well as a life coach through his company SmithCoaching.com.

“I am passionate about ensuring all Lovejoy students continue to have the best quality educational experience; one that allows them to learn, grow and succeed both during their years in LISD and beyond. I am also dedicated to collaborating to make LISD an exceptional place to learn and work.  It is a true honor and privilege to serve our Lovejoy family.”

One Heart.  One Lovejoy.